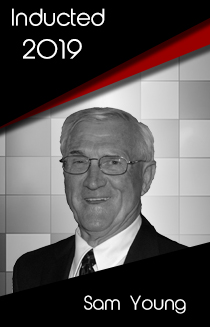 Sam Young is currently the Owner and Class “A” Golf Professional at Shelburne Golf & Country Club.

Sam has been instrumental in growing the game of golf by paving the way for Junior golfers. He quickly became a highly influential leader and developed a very successful Junior Program for children 5-18 years of age. Sam Young has been a proud member of the PGA of Canada for over 50 years, was on the Board of Directors for 16 years, and was the President for 2 years (87’ and 88’).