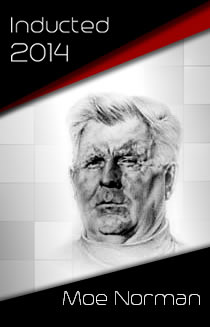 Arguably the greatest ball striker in the history of golf, Moe Norman is one the game’s true legends. Before turning professional in 1957, Norman won two-straight Canadian Men’s Amateur Championships in 1955 and 1956.