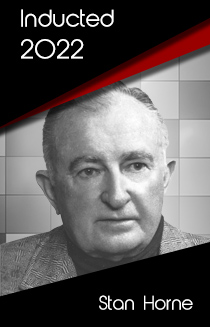 Stan was considered by many as a pioneer in the world of golf in Canada and Quebec. He was an exceptional player, with a unique talent who played in both PGA of Canada and PGA Tour events. Winning three successive PGA of Canada Championships (1936, 1937 and 1938) and finishing as runner-up in 1939 and 1941. Winning the 1962 PGA of Canada Seniors Championship. He also received two invitations to play the Masters – with his best finish at 15th place in 1938.