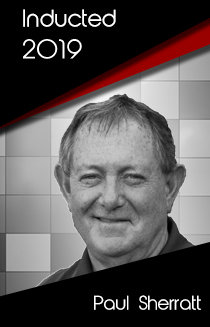 Paul Sherratt is currently a PGA of Canada Class “A” Head Professional at Rideau View Golf Club in Ontario.

Paul was instrumental in the induction of Moe Norman into the Canadian Golf Hall of Fame. This was acknowledged in Lorne Rubenstein’s book, “Moe and Me”.