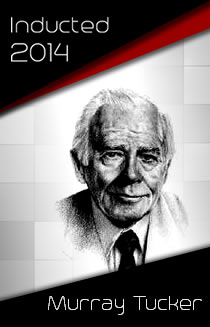 A PGA of Canada member for 41 years, Murray Tucker was the first person in the history of the Association to earn Master Professional status.