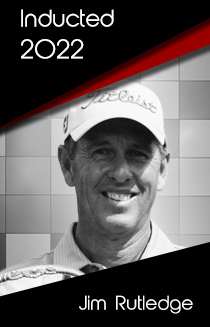 Throughout his lengthy career, Jim has been successful, from his win in the Canadian Juvenile Championship to his time on the PGA Tour Champions. In between, he has taken his talents to the four corners of the world, eschewing the traditional path of staying in North America. He has also represented Canada on numerous occasions in both the World Cup and the Dunhill Cup.