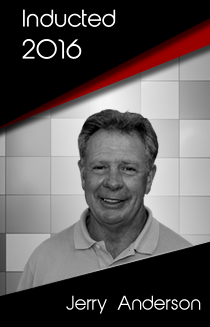 Jerry Anderson is currently a PGA of Canada Class A Teaching Professional at Credit Valley Golf & Country Club in Ontario.

Jerry was inducted in the Ontario Golf Hall of Fame in 2002.