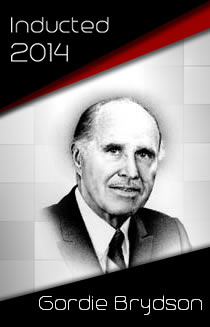 From 1947-1948 he served as the PGA of Canada President. Regarded as an all-around athlete, Brydson also played for the Toronto Maple Leafs and the Toronto Argonauts. He was inducted into the Canadian Golf Hall of Fame in 1982.