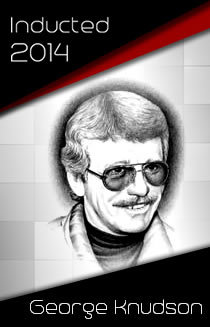 Over an 11-year span, George Knudson won eight PGA Tour tournaments. Knudson was also a five-time PGA Championship of Canada winner, taking the title in 1964, 1967, 1968, 1976 and 1977. He was low Canadian five times at the Canadian Open and won the World Cup with teammate Al Balding in 1968.

His book (which he wrote with Lorne Rubenstein) The Natural Golf Swing is often regarded as one of the best golf fundamental books of all time.

George was inducted into the Canadian Golf Hall of Fame in 1988 and was made a member of the Order of Canada the same year.