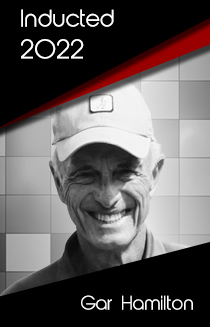 Gar’s amateur and professional achievements span much of his lifetime. He has excelled in provincial, national and international play throughout his career. His most coveted wins were his four PGA of Canada Club Professional Championships (1997, 1992, 1990 & 1987) against his Canadian peers qualifying him as one of the very best playing club professionals in Canada. He also triumphed by winning the 2002 PGA of Canada Seniors Championship and the Super Senior Championship in both 2014 & 2017.

Probably Gar’s greatest achievement has been as Director of Golf at Mississaugua Golf and Country Club for 23 years directing all aspects of golf at the Club. Gar was an excellent teacher to his members as well as tutoring many young professionals. Gar was able to serve in his capacity as Director of Golf while still maintaining his own game at the highest level.