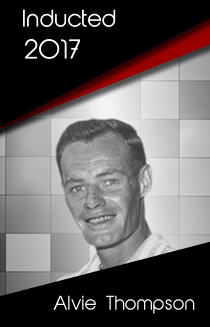 Alvie Thompson is noted as one of Canada’s top golf professionals in the 1960’s, winning the CPGA Championship in 1962, runner-up in 1964 and 1965, and 3rd place in 1970. Thompson also won the Millar Open in 1963, and finished 3rd in the Canadian Tour Championship in 1968. Internationally Thompson represented Canada on the World Cup team in 1962, and had top-10 finishes in multiple PGA Tour events. He also played in the 1963 Masters at the famed Augusta National.

His impressive playing career is paralleled by his professional career as Head Professional of Marine Drive Golf Club in Vancouver, BC, as well as several other prominent Canadian clubs. Thompson was inducted into the BC Golf Hall of Fame in 2015, and received their Lifetime Achievement Award the year prior.